Footprints in the playground! 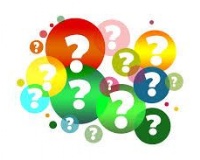 What a start to our Stone Age topic!

This morning Year 3 came across some exciting sandy footprints in the playground! We're not sure what it is but we have a lot of fantastic EXPLANATIONS which will help our Literacy unit this term.

There was a trail of footprints leading from a wall to a tree so we know whatever it was moves! The footprints were large and looked like spikey claws because they were pointed. So we believe that our visitor was either a dragon, a crocodile, a rhea or a dinosaur.

Our first idea is that because the footprints are sandy the creature may have come from a river bank or a beach. However, some of us believe that the creature was playing in our long jump and therefore got sandy feet. We think it got into the playground by jumping because some dinosaurs, such as velocoraptors, can jump really high.